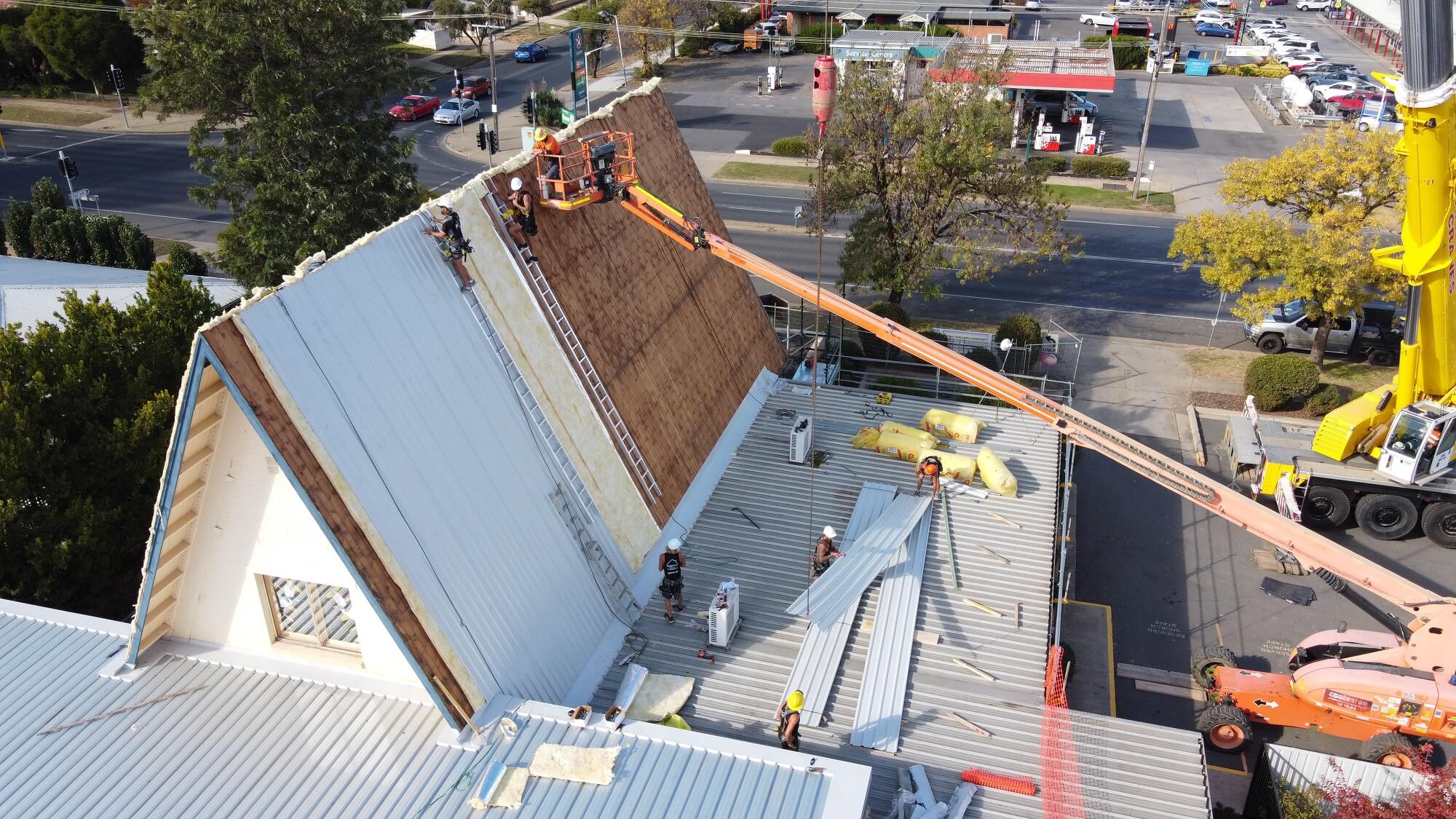 Riverina Crane Services is Licenced and highly experienced in the removal and disposal of Asbestos related products.

Asbestos has been sprayed in buildings for acoustic (noise-proofing) and decorative purposes since the 1940’s. By the late 1950’s, it became virtually standard practice for all large multi-storey buildings, and many hospitals and schools, to have asbestos sprayed on their steel girders for fire-proofing. As a result many workers and even children in schools can be at risk from exposure to asbestos insulation in buildings.

As awareness increases about the serious health effects of asbestos, it has become evident that this widespread use of asbestos in buildings is an enormous problem. For example, sprayed asbestos will deteriorate over time, and if uncontrolled will crumble and send fibres into the air where they could be breathed in by people in the surrounding area and even circulated around a building by air conditioning systems. The demolition of buildings with asbestos insulation or lagging has the potential for the release of massive amounts of asbestos fibre unless stringent precautions are taken.

Label it
Leave the asbestos intact (but labelled) if it is in good condition, unlikely to be disturbed and unable to feed fibres into workers’ breathing zones.

Enclose it
Enclose the asbestos so that disturbance of the asbestos material and entry into the enclosure is not possible.

Seal it
Encapsulate (or deep seal) the asbestos, if it is in good condition and unlikely to be disturbed.

Remove it
Remove the asbestos if its surface is damaged or crumbling, or it is likely to be disturbed. for example by maintenance work.

Removal of asbestos obviously eliminates the hazard forever – provided it is done with the best control procedures, with competent removal experts, good supervision and a well informed workforce. But often this is not the case in practice.